Marcel Tomàs, director, actor, creator and teacher, has worked mainly in the field of theater at a professional level with his company Cascai for the last 20 years. In addition to his theatrical activity, he has also worked as an actor in television series such as Laberint d’Ombres, Temps de Silenci, Carballo, Física o química, Los crímenes de Laura, Aida and the film El Sexo de los Ángeles.

He also has a long career as a pedagogue specializing in gestural humor, comic creation and acting in front of the camera. He has worked regularly at the El Galliner Theater School in Girona and at the ERAM Degree in Performing Arts at the University of Girona. He has also given more specific monographs for high school students, groups of young actors, magicians, hospital clowns, film and stage directors, and more. These courses have been carried out in different municipalities of Catalonia, Zaragoza, Finland, France and also Italy; always very well received.

He also teaches monographic courses in the business or social field. These are short courses and are adapted to the needs of users and objectives. Among others, he has taught monographs for high schools, young people with vulnerable backgrounds, prisons, migrant women and open centers.

He has also worked for automotive business groups, travel agencies and law firms. If you are a member of a group, school, institute or just a group of friends who want to have fun doing theater and learn a lot of things, do not hesitate to contact us at info@cascai.com and we will make you a tailor-made proposal. 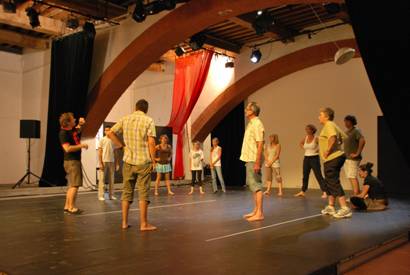 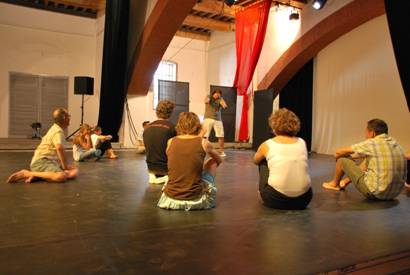