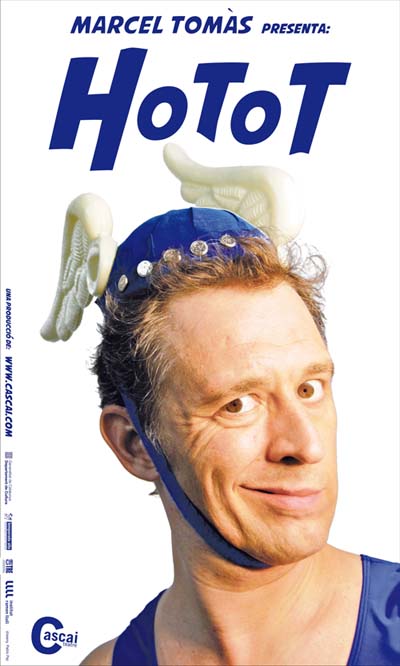 “They are like a lamp, indeed, and so they proudly proclaim it. Cascai, with Marcel Tomàs at the head, are able to build out-of-place, starry, terribly human and, above all, very funny characters. Wise of those who make them like churros the television and radio talk shows, the coffee or shop talk shows and, no matter how much we weigh, the distorted portrait – which, as everyone knows, is the most trustworthy – of our society, and yet a bloody portrait at times unintentionally, but always fun and crazy. That’s talent” Dani Chicano. Proscenium Magazine

“Cascai Teatre grabs Shakespeare by the neck and accompanies us on a crazy journey to that country where you burst out laughing. Marcel Tomas and the squire Toni Escribano achieve the most difficult thing: laughter.”

“Marcel Tomàs exudes talent, sympathy, freshness and ease, dominates the gesture, the tempo of the gag and puts the audience in his pocket since he made his appearance on stage. (…) decidedly brilliant, absolutely necessary, funny and charming. ”

“Craft and talent in a state of grace by Marcel Tomàs”.

“Marcel Tomàs has become a necessary artist. This looter is simply a fabulous utopian actor, a perfect mime, a unique clown, a modern and delirious clown, an atypical showman, a bewildering singer, a great improviser …, a great villain. In other words, I don’t know how to say it, the embodiment of true generosity paraded on stage.

“Oh, Shakespeare! Who does not know Shakespeare? How many times have they staged, versioned, handcuffed, shuffled, stretched, shortened and muffled poor Shakespeare? Cascai does precisely all this, with complete freedom, emphasizing his” Taratinian “conception of theater, but also poetry, love and, above all, humor. the few ways to die that Shakespeare had not foreseen!”

“When he wants he can be Tati or de Funes, but in between also Chaplin. The mixture of the 3 geniuses come together with Marcel Tomàs who has been going up to a point that amazes us. Well Marcel!”

“Marcel Tomàs (Cascai Teatre) is one of the best clowns in the country. Take that
it’s all ingenuity, histrionics and imagination, it plays a role in the rhythm and interpretation that rubs off on virtuosity, coming and going according to the will of its characters, very funny and truly stunned.”

“The genius and work of Cascai Teatre with a very well-founded humor literally gutts Shakespeare’s play.”